We are pleased to announce that we have distinguished keynote speakers confirmed for CYPSY23. 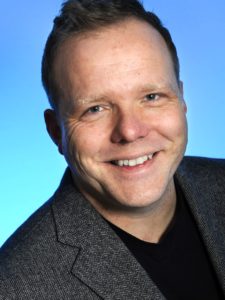 Title of presentation: Telepresence: The psychology of closeness and distance

SUMMARY:
Distance, and its counterpart, closeness or immediacy, have direct physical and psychological relevance to the human being. In our embodied interactions with everyday reality, our brains are specifically tuned to objects and organisms that are close to the body. Transgressions of personal space are acutely noted, and objects close to the body take on specific significance as they may directly harm a body’s physical integrity or, in the case of tools, may directly enhance a body’s physical reach and ability. Closeness in space and time thus signal relevance and potential impact of environmental and social stimuli. In telepresence, media-technology aims to bring distal environments within proximal reach. In doing so, it is bridging some, but not all, determinants of distance. This has profound psychological effects that are not fully understood to date. In this talk, I will use two examples, taken from telemedicine and drone warfare, to highlight the psychological effects of telepresence. Even though these examples seemingly occupy opposite ends of the care-harm spectrum, they share a number of interesting commonalities that will help us unpack the effects of telepresence on empathy and compassion, emotional impact, and decision-making quality.

BIOGRAPHY:
Prof.dr. Wijnand IJsselsteijn has a background in artificial intelligence and cognitive neuropsychology. He obtained his PhD in 2004 on the topic of telepresence. Since 2012, he is full professor of Cognition and Affect in Human-Technology Interaction at Eindhoven University of Technology (TU/e). He has an active research program on the impact of media technology on human psychology, and the use of psychology to improve technology design. His current projects deal with the ways in which media technology can transform our sense of self and other, can influence prosocial and healthy behaviours, and can promote stress reduction and wellbeing, for example through the use of mediated social touch or affective computing. He has a keen interest in the relationship between data science, AI, and psychology, and works on technological innovations (e.g., sensor-enabled mobile technologies, virtual environments) that make possible novel forms of human behaviour tracking, combining methodological rigor with ecological validity.

He is visiting professor at the Jheronimus Academy of Data Science in Den Bosch (www.jads.nl) and is scientific director of the interdisciplinary Center for Humans and Technology at TU/e (www.tue.nl/CenterHT), which explicitly focuses on people- and value-centred perspectives of technology understanding and design. He has published over 200 peer-reviewed academic papers in journals and conferences, and has (co-)edited 10 volumes. His most recent co-edited book “Immersed in Media: Telepresence Theory, Measurement, and Technology” appeared in 2015. 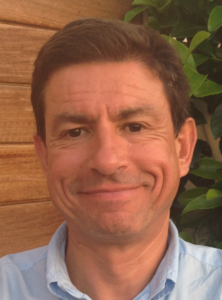 SUMMARY:
In the last two years, technological tools known as Mixed Reality Interfaces (MRI) have appeared on the market, which not only allow user interaction with a virtual environment, but also allow the physical objects of the user’s immediate real environment to serve as elements of interaction with the virtual environment. That is, MRIs are perfect tools to introduce into our reality new virtual elements (objects and virtual humans) that will generate a new reality in our brain. Today, MRIs are the most technologically advanced tools that human beings have used to date to improve their reality and generate artificial realities that improve the reality they live. In the last year, there is an unusual interest in MRI in the ICT industry. That means that MRI will be a revolution in human communication mediated by new technologies, as in the moment was the irruption of the mobile phone. To date, only a very basic aspect of MRIs is being investigated, its ability to simulate our current reality. However, the above question calls for a paradigm shift in current MRI research. It is necessary to advance towards this new paradigm by proposing a basic research scheme that will allow to analyze the influence of individual personnel variables and MRI interaction aspects will have on basic aspects of human behavior. In this talk, we present several examples of how MRI can be used for human behavior tracking and modification, we describe different research projects results and we conclude with a discussion of potential future implications. A special focus will be made in how neuroscience provide guidance for the development of psychological conceptualizations of mental illness and treatment that go beyond a reductionistic biological etiology.

BIOGRAPHY:
Dr. Mariano Alcañiz is Full Professor at the Polytechnic University of Valencia (Spain) and Director of the European Laboratory of Immersive Neurotechnologies (LENI). He is a professor of Biomedical Engineering and has courtesy appointments in Virtual Reality. His research interest is to understand and classify the relevant significance of each aspect of the human activity and how to use this information in computer mediated technologies for enhancing human abilities and quality of life. From a technological point of view, his objectives are to improve interactive technology in virtual environments used at different formats and the development of algorithms, methods and techniques for ubiquitous and non-obtrusive measurement of human activity. His research is being applying in different fields like health, psychology, marketing, human resources, education and training. Dr. Alcañiz has published more than 300 articles in books, journals and conferences. He has been coordinator of various European projects and national research projects related to the area. He is also coordinator of several national R&D programs of excellence. He is the National Program Coordinator of the Information Society Technology (IST) of the Ministry of Science and Innovation of Spain and he is the Spanish representative for ICT area at the Horizon 2020 European Research Program Committee. He is also member of the executive committee of EURO-VR association. He has been founder of several spin-off companies related with his research field. 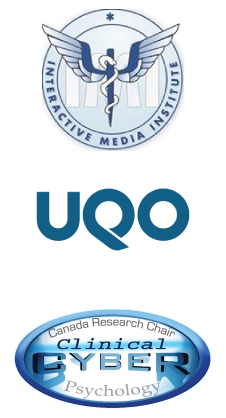